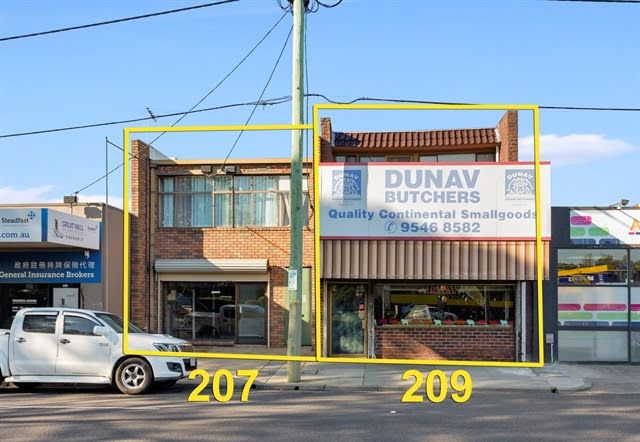 A SINGLE investor has purchased two in-one-line stand-alone two-storey retail buildings that were side-by-side for $1,432,000 at 207 and 209 Springvale Road(pictured above) in Springvale.

The assets offered 443sq m* in combined land size and 700sq m* of building area and were sold as vacant possession following a successful expressions of interest campaign.

“The expressions of interest campaign was well-received with nine offers received, varying from purchasing both buildings to purchasing them individually,” Mr Kelepouris said.

“They’re within a half-hour drive to the Melbourne CBD and in one of Melbourne’s most gentrified suburbs, offering the flexibility to occupy and/or invest with the unique potential of multiple tenancies or to further develop – subject to council approval.

“The Springvale Road retail strip is arguably one of the most tightly-held throughout Metropolitan Melbourne, with vacancy rates continuing to be extremely low year upon year.