A STREET frontage warehouse with vacant possession has smashed its reserve price at auction by $73,000 – having sold for $448,000 at 8/9 Greaves Street in Dandenong.

The asset, that offered 185sq m* total building area and a further 50sq m* mezzanine/storage area, was being offered to the market for the first time in more than 15 years.

Mr Karkanis said he had received more than 30 enquiries since the listing went live and that had culminated in multiple offers generated during the campaign. “We’d already issued 12 contracts before the auction so we knew this one would go well – and we ended up having five registered bidders compete on the day,” he said.

“A local owner-occupier, and someone the vendor knew and identified as an interested party was the eventual buyer, but there’s no way we would have achieved this price without an auction.

“The asset was a perfect entry-level industrial property in the heart of the Dandenong industrial precinct and offered the flexibility to either occupy or invest in one of the South-East’s most in-demand industrial locations. 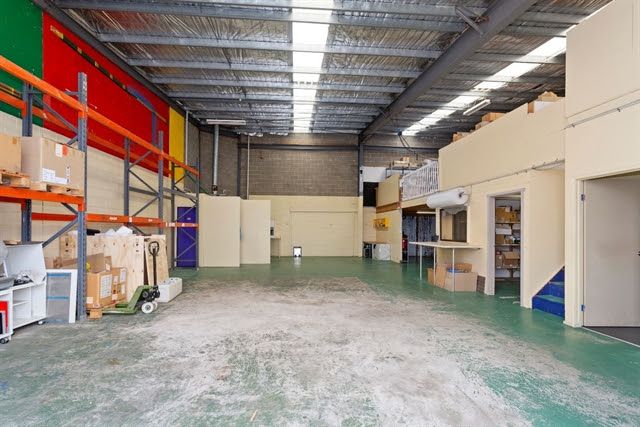 “Access to the property is serviced by major arterials such as EastLink (M3), Monash Freeway (M1) and Princes Highway, as well as the Dandenong Bypass and Cheltenham Road.

“It’s also at the front of a boutique industrial complex and benefits from fantastic street presence and signage opportunities.”